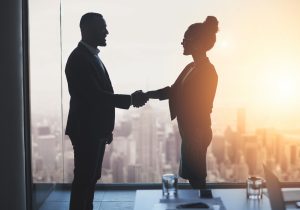 When UBC’s Mohsen Javdani embarked on a recent research project, his main goal was to study the influence of ideological bias among economists. In what he describes as an important by-product of the research, conducted in collaboration with Ha-Joon Chang at Cambridge University, they not only discovered a stark difference between male and female economists in their ideological biases, but also in their perception and concerns regarding the gender gap in economics.

We sat down with Javdani to get his take on how gender issues are affecting the discipline.

Javdani is an assistant professor of economics in the department of economics, philosophy and political science at UBC Okanagan.

Why should we be concerned about the number of women in economics?

As I wrote in a recent op-ed in the Financial Times, there is clear evidence that economics is lagging behind other social sciences and hard sciences in recruiting female students, faculty hiring, and promotion. This widely agreed upon under-representation of women in economics should be of concern since there is growing evidence that suggests discrimination is one of its main driving forces. For example, female economists face hostile teaching evaluations, more exacting review processes by journals, and get less credit for co-authorship. Another recent study also documents a particularly toxic culture of misogyny on an economics jobs website. Of serious concern is also evidence that suggests the gender problems in economics have not improved over the last two decades. These serious problems faced by women in the profession have direct and indirect effects on their careers and well-being.

How does your recent study and its findings contribute to this body of knowledge?

I should talk briefly about our experiment before explaining our results. We designed an experiment to study the influence of ideological bias among economists. We emailed economists from 19 countries to invite them to participate in an online survey, and received just over 2,400 responses. Participants were provided with a series of statements from prominent economists on a wide range of topics, including the profession’s gender problem, and were then asked to indicate the extent to which they agreed with each statement. In the experiment, the source for each statement was randomly changed without participants’ knowledge.

We found evidence of a strong ideological bias. Economists agreed more with sources that were more aligned with their own views. More specifically, on average the agreement level was seven per cent lower when statements were attributed to sources with views that were relatively different from the mainstream economics. Interestingly, these results contradict the image economists have of themselves, with 82 per cent of participants agreeing that the content of a statement, as opposed to its author, should be the sole criteria to evaluate the statement.

What stands out in this pattern of biases among economists is the gender dimension.

Although both men and women exhibit ideological bias in their views, female economists are less biased than their male colleagues – 40 per cent less in our experiment. This suggests that the profession is likely to become less biased and more diverse, not only in terms of gender but also in terms of different views, if it becomes more gender balanced.

We also uncovered another startling and troubling gender difference. When faced with the following statement:
“Economics has made little progress in closing its gender gap over the last several decades. Given the field’s prominence in determining public policy, this is a serious issue. Whether explicit or more subtle, intentional or not, the hurdles that women face in economics are very real.”

Agreement was 20 per cent lower among male economists. This clearly suggests that there exists a significant divide between male and female economists in their recognition of the problem.

Why do you think male economists are less concerned about the gender problem in economics?

I’ll have to speculate here, of course, because it’s difficult to get into people’s mindset.

There could be numerous explanations, but I think some male economists might not internalize these problems because they don’t affect them directly. Like in many other social issues we face today, people tend to discount the importance of problems when they have no direct personal stakes in the matter.

Another reason could be the dominance of ‘positivist methodology’ in economics and the view that a good economist should always stay value-neutral (which is of course debatable). I think this has caused some economists to stay away from subjective and value-impregnated topics such as gender inequality.

I also think the historical orientation of economists towards conservative politics has generated an attitude of social conservatism towards issues such as gender inequality which has also affected the way economists have tried to deal with this problem internally.

What can we do as a society to increase the number of women in economics?

As a society, we need to empower women. Empowering women is a critical step towards achieving gender equality in our society, which will spill over to all different domains of social life, including academia and economics. We need to educate ourselves and others about the facts that highlight different manifestations of gender problems, and understand the contributing factors such as gender norms, roles, and stereotypes that put women in an unfair and disadvantaged position.

What would be your advice to young women considering the profession, but concerned about the discipline’s treatment of females?

My advice would be to pursue what you’re passionate about, and if that’s economics, don’t let these issues deter you. Yes, there are some serious gender problems in economics that exist in all different aspects of the discipline. But on the bright side, this provides an opportunity for young women who would like to contribute to society and make the discipline more inviting for women. In life it’s rarely the case that things are delivered to us on a silver platter. The opportunity to work towards a better world is what gives our life meaning.