The Minds and Music concert series features the finest classical music performed by renowned musicians and put into a contemporary context through informal lectures by faculty and artists about the music, its past, and how it relates to the present.

This series is made possible through the Reichwald German Studies Fund, with support from the Faculty of Creative and Critical Studies (FCCS) and the Department of Economics, Philosophy and Political Science in the Irving. K Barber Faculty of Arts and Social Sciences.

Human Voice: Language and the Powers of Music 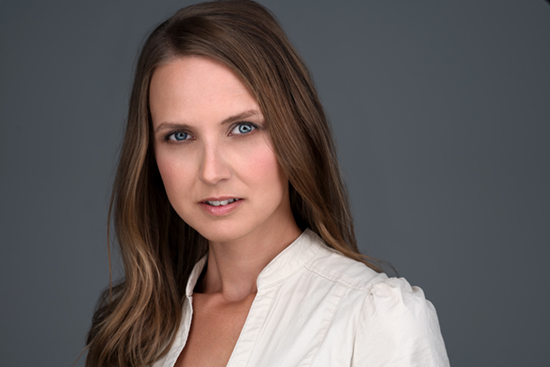 Soprano Eeva-Maria Kopp started her career in her country of origin, Finland, after graduating with a Master’s degree in music education and a diploma in opera singing. Ms. Kopp is a prizewinner of several national singing competitions (e.g. Kangasniemi Competition, Lappeenranta Competition), and she has performed with such major companies and festivals as the Finnish National Opera, Helsinki Festival, Ilmajoki Festival, Finnish Chamber Opera, Lapland Chamber Orchestra, etc.

While Ms. Kopp enjoys a wide range of different classical repertoire, contemporary opera and art songs have played a major role in her career.

In 2013 Ms. Kopp relocated to Canada; while she still occasionally travels back to Europe to perform, she is extremely happy of the possibilities that have arisen to sing in Canada with such organizations as the Okanagan Symphony Orchestra and Opera Kelowna among others. 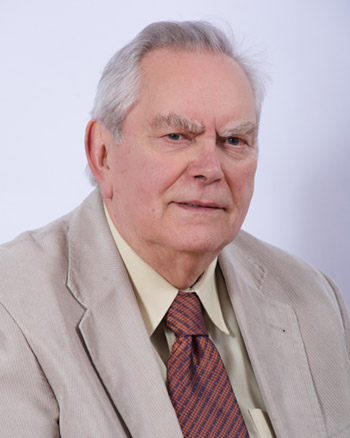 In the course of a multi-faceted career, Arnold Draper has given solo recitals and chamber music concerts throughout Britain and was staff accompanist for BBC Wales and Independent Television. He was a faculty member from 1975 to 1989 in the music department at University College, Cardiff, where in addition to teaching he formed a two-piano duo and a violin-piano duo and made numerous recordings.

In 1986 he was invited to play with the OSO for the first time and played with them several times thereafter. In the following year he took part in the inaugural concert of the Mozart Festival. Since moving to Kelowna in 1989 Mr. Draper has integrated into the musical scene with several performances for Chamber Music Kelowna in addition to numerous fundraisers and masterclasses. He played a leading role in seven concerts in the l994 International Festival and gave the first of several performances with Ballet Kelowna beginning in 2003. He has also given concerts in Vancouver, Ottawa, and Calgary.

For the past 14 years Mr. Draper has been invited, along with Trio Accord and more recently with the Borealis Quartet, to coach at the Annual Gabriola Chamber Music Retreat. One of his great pleasures over the years has been spending time working with violin and vocal students, encouraging them in their studies and careers.

Mr. Draper received the Scorpion award for Classical Musician of The Year, and in 2014 the Arts Council honoured him with their Lifetime Achievement Award

Parking: View the Campus Parking Map. No spots are guaranteed or reserved. There is a possibility that there will not be spots available, depending on the time of day.

Stay in the know about upcoming Minds and Music events. Subscribe now.

The inaugural Minds and Music concert at UBC Okanagan took place on January 27, 2006. The idea was philosophy professor Manuela Ungureanu’s, who brought in sell-out performers La Pieta to play a lunchtime concert, with faculty members from across UBCO speaking about each piece of music. Dr. Ungureanu still serves as the primary coordinator of each Minds and Music event, with help from various faculty, students, staff, and members of the community.

April 3 — The Zodiac Trio
Romantic Soul: A Modern Day Performance with the Zodiac Trio
In this program dedicated to Romanticism, the ensemble look deep into one of the most emotional periods of classical music, with a varied range of works from solo piano to the complete clarinet-violin-piano trio.

March 27 — Dr. Bernard McDonald and Suzanne Lommler
Is Music A Language of Emotions?
Bernard McDonald and Suzanne Lommler of Simpson College in West Des Moines, IA pair in this exciting program from the mezzo soprano repertoire, engaging students and audience alike with questions about the subtle workings of musical composition intended to excite, evoke, remind and recreate emotions and stories.

January 19 — Ian Parker
Is music a language? If so, who is “talking” and what is the message. Pianist Ian Parker addresses those questions.

January 23 — Alan Rinehart
From the Old World to the New. Music from the late 19th century romantic masters Tarrega and Albeniz, followed by a journey to Latin America where the works of Villa Lobos and Ponce lead to delightful tango inspired music of the present day by Maximo Pujol.

January 18 — Montreal Guitar Trio
The Year of the Guitar Concert #2: Spain and Latin America Through Their Guitar Repetoire.

March 1 — Okanagan Symphony Orchestra
The Orchestra at the Movies. Hear some of the greatest movie music ever written. Featuring Melissa Wilmot, bringing the Red Violin to life.

November 29 — Flicker Arts Collaboratory and the Orchid Ensemble
Gold Mountain Dream. This collaboration between the Flicker Arts Collaboratory and the Orchid Ensemble explores the themes of Chinese Diaspora and culture through interactive media arts, live music and spoken word, and is backed by life-stories collected from numerous insightful interviews from different generations of Chinese Canadians. It starts with BC’s Chinese community but expresses a shared experience of all immigrants from different cultures, acting as a bridge between communities.

February 8 — Shannon Mercer from the Queen of Puddings Music Theatre
Love Songs. In a spectacular virtuosic tour de force, solo female singer Shannon Mercer of the Queen of Puddings Music Theatre Company shares compositions selected by award-winning composer Ana Sokolovic. Love Songsfeatures some of Sokolovic’s favourite poems — from a variety of languages — set to music. Love Songs premiered in Toronto in March 2008 at the Richard Bradshaw Amphitheatre of the Canadian Opera Company, followed by a performance at Harbourfront Centre’s “What is Classical?” festival.

October 27 — Robert Silverman
Recognized as one of Canada’s premiere pianists, Robert Silverman has reached a level of musical and technical authority that can only be accomplished after years of deep commitment to the instrument. Silverman was at UBC’s Okanagan campus to perform a number of Beethoven’s sonatas. The concert was free and open to the public.

September 30 — Hilary Peach
Hilary Peach is a writer, audio poet, recording artist, arts activist, and producer. Hilary Peach was in Kelowna at the The Streaming Cafeperforming selections from her standing repertoire as well as new works.

September 17 — Igor Saavedra
Chilean Jazz bassist Igor Saavedra started playing the bass in 1988, at the age of 22. From then he started an impressive and completely self-taught career. Immediately following the performance, a reception was be held for the Latin American Studies Program and all international students.

September 29— Robert Bringhurst
Celebrated poets Jan Zwicky and Robert Bringhurst read from their work and spoke on polyphony as a way of thinking. The event included a number of illustrative musical examples, as well as performances of multi-voiced poetry and prose.

January 22 — Chamber Music Kelowna featuring The Gryphon Trio and James Campbell
Chamber Music Kelowna and UBC Okanagan present a fascinating lecture and demonstration of synesthesia — the remarkable link between art, science, music, colour, and the history behind a work that is arguably the 20th Century’s greatest piece of chamber music, Messiaen’s Quartet for the End of Time”.

November 12— Tracy Fehr
Women in Poetry and Song: The Public and Private Lives of Powerful Women in Arts. A look at passionate women of the song, women who created the song, and women who wrote the poetry — women compelled to remain in the private, bound by their own convictions or by social conventions, and women who ventured into the public, the largely male-dominated world of art.

October 18— Ed Henderson
Workshop on Latin-American Choir Music. Ed Henderson has years of experience and success in film, theater, concerts and recording as producer, arranger/orchestrator, composer, guitarist and music director. His success has been noted with many awards: a Juno for El Camino Real (Ancient Cultures), a Jesse for outstanding musical direction of “When the Rains Come,” a Dora for outstanding music direction for Pump Boys and Dinettes as well as an award from the Cannes Festival for the outstanding commercial he composed, “Stamp Out Cold Feet”.

October 15— Olga Osipova
Jazz from a European Perspective: A Cross-Cultural Dialogue. The workshop included historic information about jazz in Europe and its influences on European music and provide perspective on how European music, as well, continues to influence some modern jazz forms.

November 13— The Gryphon Trio
The Gryphon Trio’s first appearance at UBC Okanagan. Based in Toronto, the Trio tours regularly throughout Canada and the United States, as well as internationally. To date, it has performed in Finland, Germany, France, Belgium, Mexico, Russia, Poland, Greece and Egypt.

October 16— Vancouver Opera Touring Ensemble
The Barber of Barkerville. Adapted from one of the world’s most popular operas, Rossini’s comic masterpiece The Barber of Barkerville has been relocated to BC’s historic Barkerville during the exciting Gold Rush. Consisting of four rising young Canadian opera singers, a pianist and a stage manager, the Vancouver Opera Touring Ensemble travels throughout British Columbia, performing on stage and in schools.

September 12— Yamabiko Taiko
Taiko is the Japanese word for large drum. Yamabiko translates from Japanese as ‘mountain echo,’ reflecting the group’s Okanagan home. Together they form one of the Okanagan’s most exciting and powerful drumming groups. This group of drummers has performed throughout British Columbia for the past four years, including as the opening act for three sold out performances of the Peking Acrobats in the Vernon Winter Carnival. Yamabiko has recently been recognized for their cultural contribution from the National Association of Japanese Canadian Endowment Fund.

January 15— Ben Heppner Master Class
Dramatic tenor Ben Heppner — one of the world’s masters — led a master class with the Okanagan’s up-and-coming vocal talents in an unique, interactive presentation at Kelowna’s Rotary Centre for the Arts.

November 10— UBC School of Music and the Conservatorio “G.F. Ghedini” di Cuneo, Un Ponte Musicale
Music Bridge. In 2015, two UBC students were selected to travel to Italy to form a quintet with students from the Cuneo Conservatory. Masterclasses, rehearsals and chamber music performances took place in the Cuneo, Piedmont and Turin areas during the Olympic Games.

Want to perform in a concert? Need a place to practice your music? Have questions or comments about the concerts? For more information about this series, please contact: Do you love to sing? Do you wish you had a time and a place to sing with others during the week? Now is your chance! Join the University Chorus, a partnership with the Faculty of Creative and Critical Studies and Minds & Music.

Open to students, staff and faculty. No auditions are required and all voice types are welcome — just bring your voice and your enthusiasm for making music together.